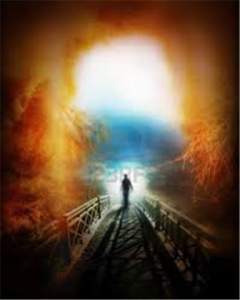 Poseidon is one of the 12 Uranian planets discovered by Alfred de Witte in  World War I. Charles Emerson extended the knowledge on the Uranians and then Eileen Nauman did a huge amount of excellent research, which you may find from pages 11-14 in her book on “Medical Astrology” and her wonderful “Medicine Garden Articles” on the internet. POSEIDON was the God of the Ocean and as an ARCHETYPE POSEIDON is a higher spiritual octave of Neptune. POSEIDON is the ‘master’ energy expression far beyond Neptune. This archetype symbolizes the ‘initiate, ’just as Chiron does. If you read Jane Ellen Harrison’s book on early Greek Gods and Goddesses you will find more information on “the initiator.” The book is called “Themis.” Initiators teach secret knowledge and they lift seekers of the truth and the “True Straight Way” to a higher vibrational level. 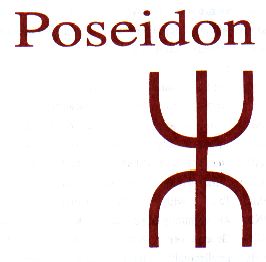 Poseidon as an archetypal flavour points to an ethical person who specialises in truth or a deviate who lies and twists the truth habitually, depending upon the person, their energy expression and their spiritual evolution. Poseidon has information that causes enlightenment or awakening and Poseidon people ground this awakened knowledge into human consciousness in a practical, every day pragmatic use. They are interested in truth, enlightenment, spiritual evolution,  and the search for ‘Truth’. Positive Poseidon people are ethical,  and morally incorruptible. They have  high moral standards, they  are trusting and are honest to a fault. Negative Poseidon people can be swindlers, cultists and brainwashers and they often seek to hurt others.

There are some Poseidon people who are deemed autistic. They generally lack social skills. Harvey is a young man who has been ascertained with Aspergers Syndrome Disorder. ASD is a type of autism and it was named and “discovered by Hans Aspergers.  Harvey’s Poseidon in Libra in the 9th is conjunct Pluto and quincunx Ceres in the 2nd house, and quincunx Chiron conjunct Juno in the 4th house. He is genius level, with a university degree, but only speaks to his mother and brother. He has a large number of people he avoids and he avoids them or he is abysmally rude to them. He lives mostly in a darkened room. I have found that vibrational healing can help autistic people hold down jobs.
Positive Poseidon people talk and write for a living. They lecture, speak, write and teach professionally. You will find them in universities and colleges as teachers, tutors, professors and academics. They may be newsreaders and talk show hosts and even actors. They often write fiction and nonfiction books. They are bloggers on web sites. They are politicians, judge, solicitors and lawyers.

In the New Age world they can be oracles, prophets, spiritualist mediums, clairvoyants, shamans, astrologers, tarot readers and those who can see through the veil into the other dimensions to heal and search for “Truth” and ‘enlightenment’ for themselves and others. So here we have shaman Carlos Castenada (Poseidon sextile Mars and trine South Node conjunct Jupiter) and Rudolf Steiner (Poseidon conjunct MC trine Hygeia) they are universal messengers who bring truth and light to our world.

I find Poseidon people who are branded as having mental disorders ranging from acute psychotic break, to chronic psychosis, schizophrenia, and obsessive-compulsive disorders, may just need lots of vibrational healing. One I know was born on an old Aboriginal mission, in Australia. She was an empath who could hear and see the poor people (ghosts) who died of grief and being poisoned. She had Poseidon trine Sun conjunct Chiron exactly and Poseidon sextile Saturn exactly. As I have taught many children with Aspergers Syndrome Disorder I know they see ghosts too.

One of my ancestors, my great grandmother, who was known as an angel had Poseidon conjunct Jupiter in Leo trine Hygeia. She bought joy and inspiration into everyone’s lives.

I have Poseidon 29 minutes away from conjuncting my Moon. It is five degrees away from conjuncting my Hygeia in my 8th house of ancestors and trine my Vesta  in Gemini in my 4th house. Yes, I have inherited my Poseidon characteristics from my ancestors.  My paternal Nana had Poseidon in Virgo quincunx Kronos the archetype of invincibility and Athena the mentor. And Nana was my protector from when I was born to when she died when I was 35. Now she is one of my spiritual guides.  My only neice too is a Poseidon woman. She is a nurse and a clairvoyant with Poseidon in the 8th conjunct Sun, conjunct Mercury conjunct Chiron. Her Poseidon is in a grand trine with Ceres  and Kronos. My son is a gifted clairvoyant and shamanic healer with Poseidon conjunct Pluto very close to the MC and trine Athena.   My grandson has Poseidon In Scorpio in the 9th trine Ascendant and trine Kronos all in water. My Grandson’s Poseidon is also sextiles Mercury and Vesta. My Mother’s Poseidon was conjunct South Node. One of my few cousins was a teacher, artist,  and clairvoyant  and she had Poseidon sextiles Athena and quincunx Chiron.

What about you? I hope you have enjoyed this short article on Poseidon.

Cheers and blessings for a really happy day,
Hilary

21 thoughts on “POSEIDON- AN ARCHETYPE OF TRUTH AND ENLIGHTENMENT by Hilary Bond PhD, Copyright. All Rights Reserved.”